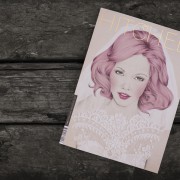 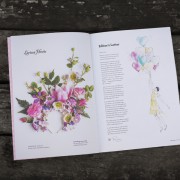 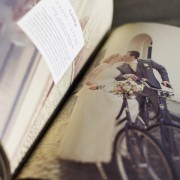 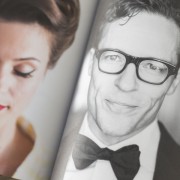 Emma Leonard and her pink-haired bride, eloping, secret gardens, 25 ways to something blue, a jilted Spanish bride and floral DIY.

Issue one is our first-born, so take good care of her. There’s no point us acting cool, calm and collected over this, we’re so freakin’ excited! The debut issue of Hitched kicks off with an insight into the life our guest illustrator, Emma Leonard who makes delicate illustrations of pretty girls and is inspired by horror films. There’s a rant on eloping, a special interview with the lovey lasses behind One Fine Day, five exotic honeymoon destinations that we bet your travel agent has never heard of (we’re also giving out some sweet deals). We’ve got the most delicious photoshoots including a very special one taken at a hotter-than-the-surface-of-the-sun place called Cactus Country. Plus there’s the first DIY spectacular featuring our incredibly pretty, botanical stylist Larissa, doing her thing with flowers. In short, loads of Hitched goodness for you to pour over. We hope you enjoy it as much as we enjoyed putting it together x

Due to heavy demand, we’re selling copies that have been returned from newsagents in a Scratch + Dent Sale. These poor things have been shown no love and need a new home. They are not in mint condition but they’re the best of a pretty banged up bunch. Each copy has a slight imperfection (think stickers and scuffs) but while there is some cosmetic damage, they are still very much in usable condition. So if you’re wanting a copy of Issue 1, this is the only way to get them. Adopt a copy of Issue 1 now!