‘The pastry cream can be made the night before, the sable breton needs no resting so it can be whipped up quite quickly, then the figs can be brûléed and the tart can be arranged in minutes. Easy!’ says Chef Natasha Ignatiadis. 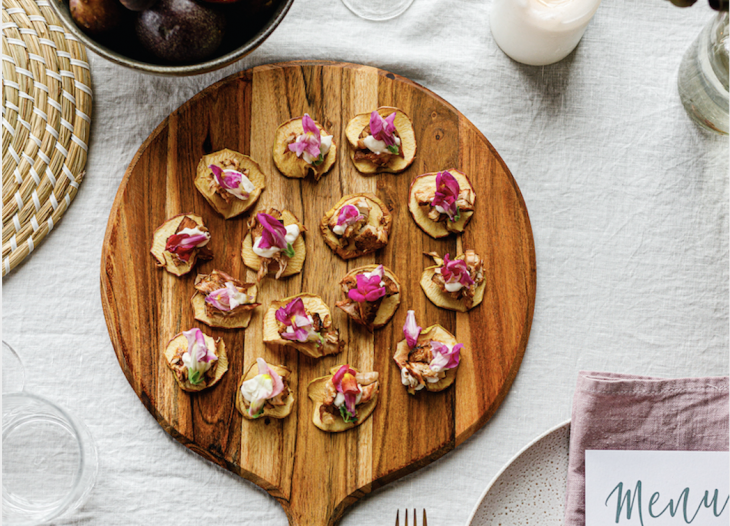 A VEGAN CANAPÉ RECIPE SURE TO IMPRESS!

Looking for a delicious (and pretty) vegan canapé option for your next special event or dinner... We’ve got a secret…you really can have your cake and eat it too. This Strawberry Dream... Although Summer is coming to an end, a fruity cocktail is our go-to all year round. Cape Byron...